Newsbreak.ng reports that INEC has disassociated itself from the emergence of Senate President, Ahmed Lawan.

INEC, in a statement, said; “The position of the Electoral Umpire was contained in a legally admissible Certified True Copy (CTC) of INEC report for the primary election dated yesterday,23rd June 2022.” 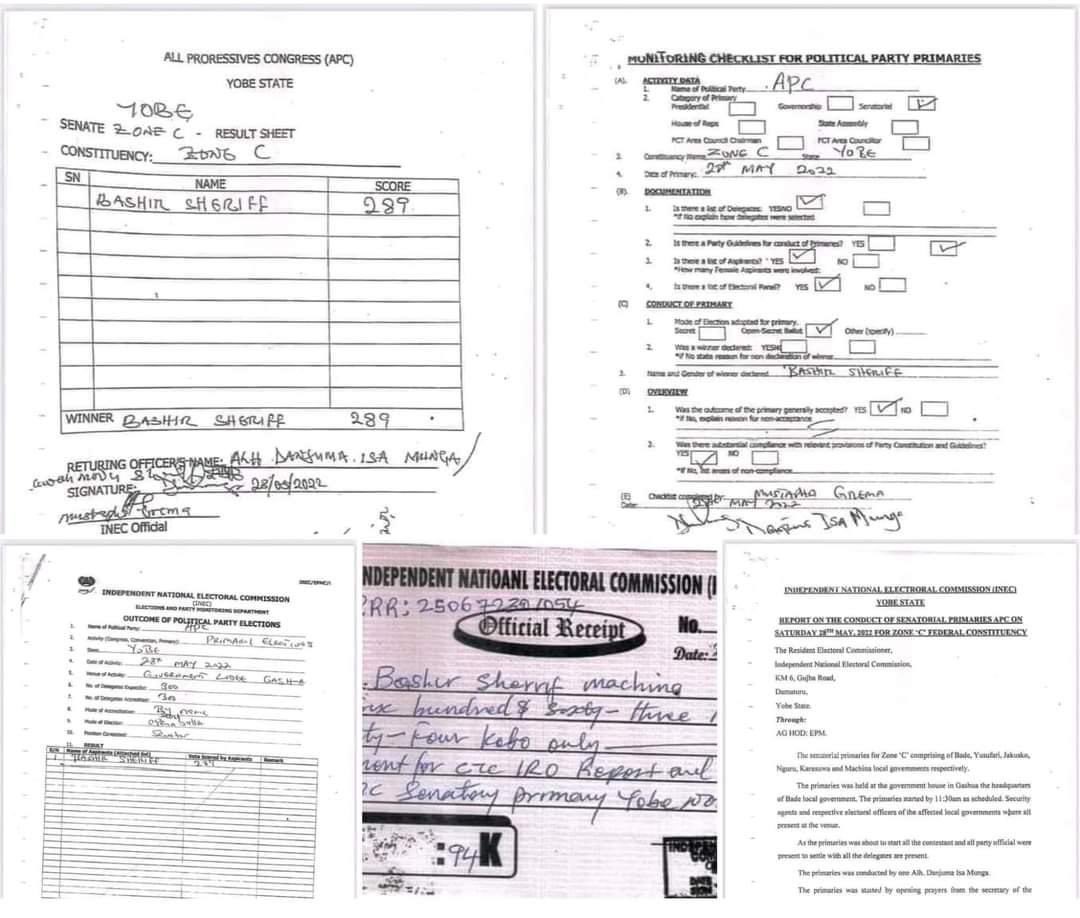 The Yobe North senatorial ticket sparked controversy after Machina, who won the primary, made it clear he would not step down for the Senate President.

No records of Lawan’s participation in the APC senatorial primaries were presented by the APC, although the APC chairman, Abdullahi Adamu, disclosed that the aspirant took part in the elections.

However, Lawan, who currently represents Yobe north district, was eventually listed as the APC senatorial candidate for the 2023 general election, leaving Machina who actually won the elections out of the picture.

Lawan started making attempts to seize the ticket from Machina after losing at the ruling party’s presidential convention, which was won by Bola Tinubu on June 8.

President In Isolation After Testing Positive For COVID-19