by Gabriel Ntoka
in Entertainment, Opinion
Reading Time: 5 mins read
670 50
A A
0

474
SHARES
1.9k
VIEWS
Share on FacebookShare on TwitterShare on Whatsapp

Beauty, as Margaret Hungerford, the acclaimed Irish novelist, wrote in 1878, is in the eye of the beholder. This idiom has been popularised over the years by people to classify individuals they deem good-looking or gorgeous.

Over the course of the past six editions of Big Brother Nigeria, a number of housemates have been adored by their fellow contestants or set the tongues of fans wagging over their stunning appearance and physical features. This piece, therefore, looks at 10 ex-BBNaija housemates (both male and female) deemed to be the most beautiful or attractive throughout the history of the show.

First up on the list are the five most beautiful ex-female housemates.

Tokunbo Idowu, popularly known as T Boss, was a housemate in the second season of Big Brother Naija, dubbed ‘See Gobe’. The fairly-complexioned lady was unarguably the most attractive lady in the season and her beauty naturally attracted the attention of the boys to her, particularly Miyonse and Kemen. She finished as the second runner-up.

Venita Akpofure already had a bit of the spotlight on her before BBNaija as she had featured in some movies as an actress and music videos as a video vixen. The tall British-Nigerian actress and mother of two stunned the housemates and the fans with her radiant beauty when she entered the ‘Pepper Dem’ house on day 30. Her appearance immediately caused a mini-battle between two guys – Omashola and Frodd – who liked her and intensely vied to be her ‘prince charming’. None of them, however, got her full attention till when she was evicted on day 70.

Without a doubt, Chinonso Opara, was the beautiful lady in the BB Naija ‘Pepper Dem’ season. Better known professional as Kim Oprah, the ex-beauty queen was very visible despite her petite size as her gorgeous looks and appearance could not be missed. Her beauty made her the cynosure of the eyes of Jeff and Omashola. The ‘accent queen’ – as she was known in the house – was, however, evicted very early on the show.

Just like Venita, Erica had already featured in some movies and television series before entering the Big Brother Naija ‘Lockdown’ house. The gorgeousness of the actress was very evident and had the male housemates talking about her. As the show progressed, she narrowed her choices to two guys: Kiddwaya, the guy who she liked for his physical and manly attributes; and Laycon, who she had a ‘mental attraction’ to, and went for the former. Erica was not just about beauty but also brains as she was the Head of House on two occasions. Sadly, she was disqualified from the show during her second reign due to disciplinary issues.

It was actually a difficult choice on deciding which female housemate will top this list, but it will not be difficult to question Rebecca Nengi Hampson being at the summit of this list. The ex-beauty queen was the last housemate to enter the BB Naija ‘Lockdown’ house on the season’s opening day but immediately got the boys swarming around her due to her dazzling, almost pure immaculate looks. Those who have managed to have a glimpse of her have said she is more of a white person than just being spotless as a fairly-complexioned lady. It was no surprise then that there was a ‘silent war’ between Ozo and Prince for her attention, while Kiddwaya, despite being romantically involved with another housemate, was always linked with the Bayelsa-born beauty. She was also another housemate whose personality cannot be revolved around prettiness as she made history as the first individual and woman to win both the first and last Head of House challenges. She finished the show as the second runner-up.

Now, it is time to take a look at the top five handsome male former housemates.

Unarguably, the most popular BBNaija housemate ever, Ebuka Obi-Uchendu is a charismatic fellow who was well-loved for both his tall physique, great face and eloquence in the house during the first edition of Big Brother Nigeria. It was no surprise that he was the toast of the ladies in the house and was involved in an entanglement with Helen and Francisca, two female housemates. Although he was evicted from the house in the seventh week, the lawyer’s sphere of influence has continued to dominate the BBNaija franchise till today and arguably remains the most stylish ex-housemate to date.

Nelson Allison had already won a pageant competition before entering the BBNaija ‘Pepper Dem’ house. The fresh-faced model was understandably the cynosure of the eyes of female housemates as his physical looks could not be discountenanced. The towering, beefy, six-pack individual was always armed with a beaming smile and well-kept beards and that could have possibly attracted the likes of Esther to him. His stunning looks was, however, not enough to save him as he was evicted in the early stages of the show.

The name Patrick Fakoya may not necessarily ring a bell but once Rico Swavey is mentioned, the name is immediately associated with that of a handsome man. The thespian and musician was immediately regarded as one of the finest male housemates of the BBNaija ‘Double Wahala season when he entered the house. His cool demeanour coupled with his comic relief side and his cooking skills made him one of the favourites of both his fellow contestants and fans. However, unlike other individuals in his position, the fair-complexioned folk with curly hair could not find love in the house. He was not successful in creating any romantic relationship with the ladies he tried to hit on. 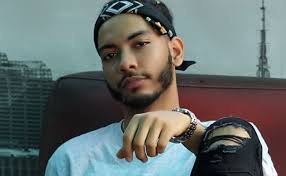 Kelvin “K Brule” Brouillette was also another housemate in the BBNaija ‘Double Wahala season. His innocent-looking, fair-complexioned face immediately attracted ladies to him on the first day in the house. His well-arranged beards and moustache also became a focal point for the female, as well as his fellow male housemates. Even though his attempt to link up with Anto did not work out, he surely had a good connection with Khloe as they were close friends throughout their stay in the house. However, the friendship landed both of them in hot water as they were both disqualified from the show on the same day for infringing the rules.

Not much can be said except to say that Ozoemena Joseph Chukwu is indeed a spectacular man and truly deserves to be at the top of this list. Popularly known by the short form of his name, Ozo was the first housemate to enter the BB Naija ‘Lockdown’ house. By the second day after he introduced himself to his fellow housemates, the ladies were drooling over him. The Imo indigene’s skin was and remains a glowing masterpiece while his baby-looking face coupled with his perfect-shaped physique made him the ladies’ man. His eloquence and top-notch demeanour further made his fellow housemates highly revere him. It was, therefore, no surprise that Nengi, who he coincidentally named as his ‘spec’, insisted on being friends with him from the first week of the show, even though the friendship turned out to be topsy-turvy.

Unsubscribe
No Result
View All Result